2022 Awards were announced and presented at the Club picnic on June 5th and, the recipients are listed below.

Call for Club Award Nominations
To nominate a member for consideration in 2023, please submit your nomination to Lynn Dobson, Volunteer Co-ordinator before April 15th, 2023.

CHBTC RIBBON OF WILDERNESS AWARD
The recipient of this new award must be a member of CHBTC.
The recipient will have demonstrated a long-term commitment to the CHBTC having normally served as a volunteer for a minimum of ten years.
The award will be given for an exemplary demonstration of dedication and commitment to the CHBTC and the mission of the Bruce Trail Conservancy – “Preserving a ribbon of wilder-ness for everyone, forever”.
The recipient’s volunteer activities will have enhanced and strengthened the Caledon Hills Bruce Trail Club.

THE ISABEL EAST AWARD
Must be a member of CHBTC. The successful candidate will have demonstrated the club’s values of transparency, excellent communication and inclusiveness. The recipient of this award has clearly helped CHBTC members to enjoy club activities. The award may be given for an exemplary demonstration of enthusiasm in a particular project, office or year. It also may be awarded for continued demonstration of enthusiasm over a number of years and/or a variety of activities.

Must be a member of CHBTC. The award may be given for an exemplary demonstration of dedication and commitment to the Club. The recipient of this award will have demonstrated a long-term commitment to the club, having served as a volunteer for a minimum of ten years in a variety of roles.

This award is given out to club members who are under the age of 18 that regularly volunteer their time and have demonstrated a willingness to help CHBTC members enjoy club activities.

This award is presented to an individual or group who has made a significant contribution to preserving and/or enhancing the biodiversity within BTC managed lands in the Caledon Hills section of the Bruce Trail. 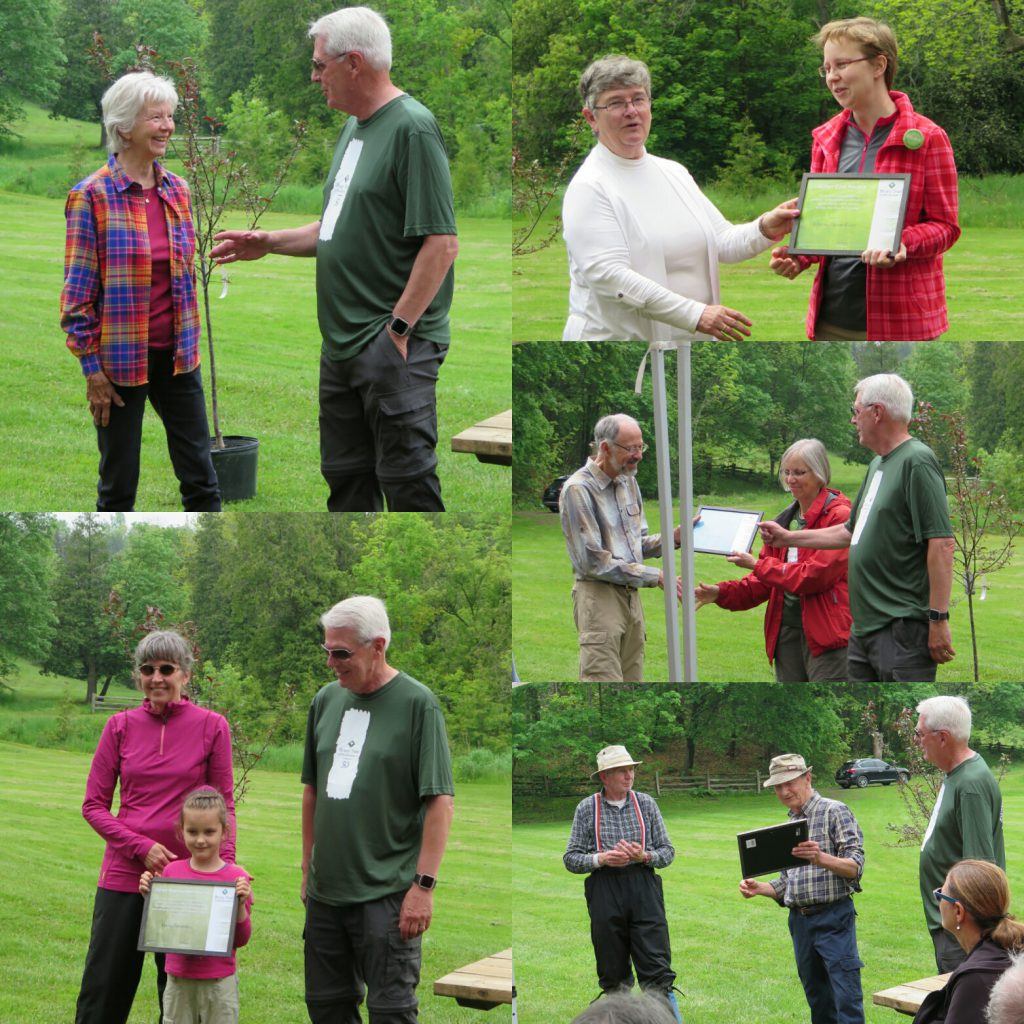